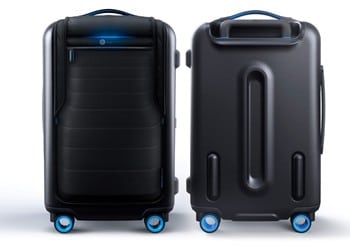 If you’ve been waiting for luggage that’s caught up to today’s high tech world, Bluesmart is definitely what you’re after. A crowdfunding campaign on Indiegogo to produce a “smart, connected carry on” met its goal in just over two hours in 2014 and has so far raised millions of dollars in orders. The company is now well on their way to making smart luggage a reality.

The makers of Bluesmart came up with the idea after facing luggage troubles that most of us have had to endure at one time or another. Lost luggage, last minute check in of an overweight bag, dead smartphone battery and issues at security are the problems that they think a modern carry on should be able to avoid.

Many of the features that the Bluesmart boasts can be had by using various travel accessories and smartphone apps, but this bag has it all built in and controlled via its own app on your phone. You basically control your luggage from your phone and you don’t have to buy separate accessories that do certain jobs. The makers also promise to have apps for smart watches in the future.

Do you want to be one of the first adopters of smart luggage? You can now order the Bluesmart from Amazon for less than $300. 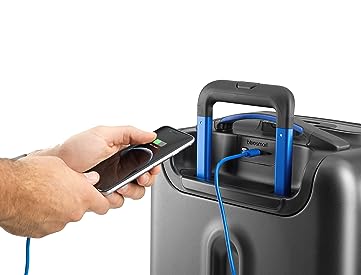 However, they are not alone in the smart luggage field. 2015 saw competitors show off their similar products at the Travel Goods Show in Las Vegas. There is another serious contender that was funded on Kickstarter called G-RO. It adds revolutionary wheel design to its impressive features but will only start delivery in February of 2017. Another very exciting player that’s available for pre-order now is the Trunkster Carry on and Checked Bag, which is not only smart but also features a zipperless rolling entry door.

A new announcement in March 2015 stated that Bluesmart has partnered with Uber to act as a “lost luggage recovery concierge”. This means that if you ever do lose your bag, Uber will arrange for it to be picked up and delivered to you at your home or hotel once the airline has found it via the inbuilt tracking system. Other features will also be added to the Bluesmart app.

So let’s see if this carry-on is worth its price tag and then let’s see which of these features are really great and which ones are just glorified extras. 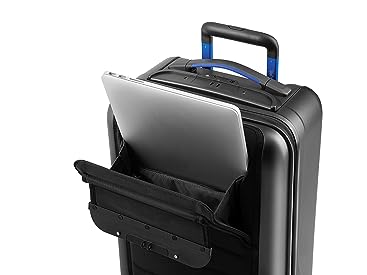 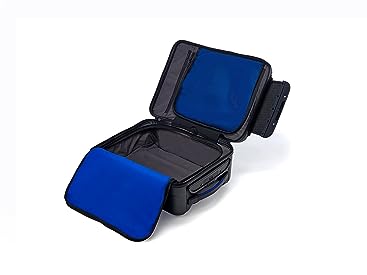 Looking at the above points, some of these features seem really cool. The inbuilt battery charger means you can charge your devices anywhere without having to remove them from your luggage and you won’t have to worry about forgetting to pack your separate battery pack again. The inbuilt weighing scale is cool too because I can now forget about having to pack my digital scale.

There’s no need to remember lock combinations or carry a key for your luggage lock as the auto-locking feature through your phone lets you do it even if you aren’t near the bag.

Now that we’ve listed all the features and pointed out which ones excite us, there are some questions that spring to mind.

So far, Bluesmart has taken the tech world by storm and not just in the luggage category. If all the features work the way they’re supposed to, then this bag will be a game changer in the modern travel world.
Pre-order it now from Amazon!