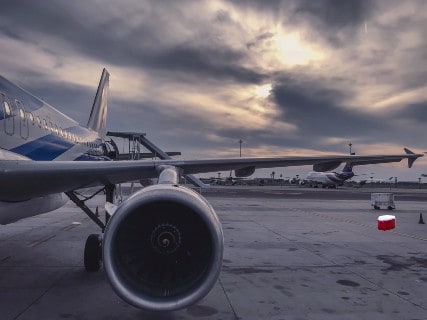 Coolers are another one of those “surprise” items that you can definitely carry on to a plane. When it comes to checking a cooler on an airplane, there are certain rules and stipulations, of course. And, there’s also the fact that a TSA agent can still turn you around. However, it’s usually ok.

You’d be surprised at what you can bring on your flight these days and it’s not your fault. TSA agents have been made out to be a wild west conglomeration of dystopian, nightmare shock troops who will handcuff and suitcase you if they find so much as an unauthorized fruitcake in your luggage.

Honestly, it’s a pretty good idea when you consider the additional options a travel cooler brings to the table. For instance, hunting, fishing, and long-distance vacations make it a good idea to transport frozen foods. Or you may want to pack fruit in your luggage. You can even bring back wine in your checked luggage after a nice trip to the vineyards.

Can You Check a Cooler as Luggage?

You can check a cooler on a plane, whether it’s going to go through the standard luggage or as a carry-on item. The thing that you have to worry about is not TSA, but the airline that you’re flying on. 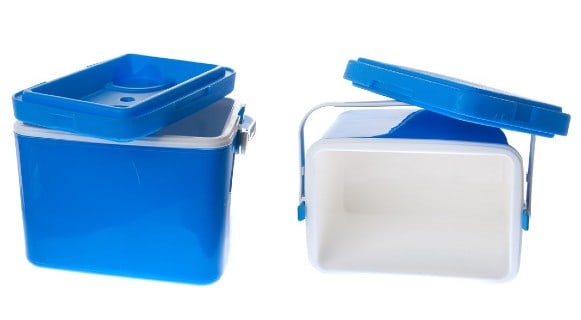 TSA may be the ones checking you through security checkpoints on your way to the plane, however, they don’t make the ultimate decision on the size of your cooler and everything that you have in it. The reason? They don’t directly regulate it and neither does the FAA.

You have to check with the airline that you’re flying with to ensure you know the rules and regulations on what kind of cooler you can bring, the size of it, and the total weight.

Can you check a Styrofoam cooler?

Many airlines won’t accept styrofoam coolers because they are designed as disposable coolers, so the material is weak, easily damaged, and styrofoam has the miraculous tendency to get pieces of itself absolutely everywhere.

Can you check a cooler of meat on a plane?

Airlines don’t have a problem with meat. They each have their rules on size, weight, and material of coolers but meat that is sufficiently packed on ice or ice packs is going to be just fine.

What Size Cooler Can You Check on a Plane?

Every airline has its own set of allowances and restrictions on cooler materials, dimensions, and weights. Although we’re happy to throw a list down for you to skim, you should always call ahead because rules change all of the time.

Almost all airlines have a cooler size limit of 62” linear. The only airlines that deviate from that are Hawaiian, JetBlue, and Spirit Airlines. Bizarrely, they don’t deviate from the 62” linear limitation, however, their centimeter limitation is set at 157.48, while all the others are 158.

If your cooler exceeds 62” or, in the weird case of the three aforementioned airlines, 157.48cm, you can still check it, but you’ll pay a higher fee for the privilege.

How to Check a Cooler on a Plane

Honestly, you don’t even have to stuff your food with perishables and something to keep them cold. In fact, you can stuff your cooler with clothes, shoes, and toothbrushes if that’s what floats your boat.

The best way to secure it is to go with Bungie cords or luggage straps to ensure the cooler doesn’t open accidentally. If you know how to make straps out of paracord, that’s another good option, especially considering how resilient 550 paracord is.

You can use duct tape, however, it’s likely that TSA will cut through it to make sure you don’t have anything explosive, so it’s not the greatest idea unless you bring a spare roll of the stuff along for the flight.

If you are carrying perishable items, especially meats, there are three types of ice you can use to pack it securely, so it will stay cool for the entire length of the trip:

Dry ice is the absolute best for long-term cooling, however, the FAA and TSA are pretty strict on the stuff, especially concerning ventilation requirements and a weight limit of 5.5 lbs. We go into more detail about dry ice limits on aircraft. Standard ice and a bunch of ice packs are fine as well.

Keep in mind, that there are weight limitations, so you want to come up with the best ratio of meats and other perishables, combined with your ice of choice, and try to keep it all under 50lbs. It’s a good idea to learn how to pack frozen food for air travel. Check ahead to see the weight accommodations, as most but not all flights limit the weight to 50 lbs.

The best cooler is going to seal well enough that it will keep your perishables protected or your clothing and traveling items safe from any leaks, regardless of what you pack it with. Most importantly, especially if you’re carrying perishables, is keeping them cool for the long haul.

In a lot of ways, a cooler is just like your suitcase, and as we mentioned earlier, you can use your cooler as a suitcase if it makes sense to do so. You may get some stares but, honestly, who cares?

This is a great choice because you want your ice to last throughout the entire journey and that includes getting to and from your plane flight. The Yeti Tundra 45 has a thick “permafrost” insulation that really makes your ice last.

Many coolers will make you question why they actually call them coolers since your ice turns into a giant water tank within an hour. That’s not going to happen with the Yeti Tundra 45. It also has two “T-rex” latches which are perfect for air travel, though you should still throw an extra belt on there.

Wheels are everything in an airport, especially when you’re trying to catch that connecting flight and that’s the primary feature that you want out of the 52qt Igloo Marine. According to Igloo, their ultratherm insulation will hold ice for up to five days.

That’s a long time to hold ice and another reason that makes this cooler a no-brainer, especially if you’re looking at an international flight with several connecting flights. You really want something that’s going to last and since it has wheels, you simply can’t ask for more.